We have helped thousands of organizations raise millions of dollars by providing a beautiful, quality product that sells well. Families and other groups have created cookbooks as a way to preserve treasured recipes, while businesses make cookbooks for successful promotions. Whether your goal is a cookbook fundraiser to raise money or simply create a keepsake, we're here to help.

If you are interested in publishing fewer than 100 cookbooks for your special event, check out our sister company, Simply Cookbooks™. The minimum order is only 12 cookbooks, making it perfect for reunions, showers, holiday gifts, and more.

Publishing an employee cookbook is a fun way to unite employees, customers, and suppliers. Your business can create a cookbook fundraiser, which generates favorable PR when proceeds are given to charitable causes. Commemorate anniversaries or other events by creating a keepsake cookbook that preserves history, stories, and photos. Cookbooks can be given to employees or customers as a holiday gift or part of a promotional campaign. Businesses in the food industry can include recipes that incorporate their products to create a unique marketing tool. Businesses making cookbooks include: 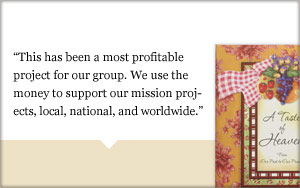 “This has been a most profitable project for our group. We use the money to support our mission projects, local, national, and worldwide.” 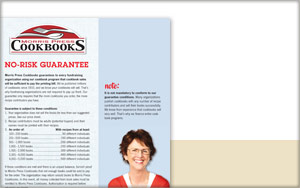 Your
Success Is
Guaranteed! 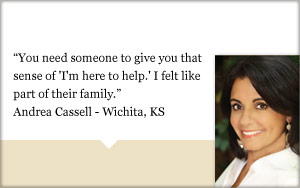 “You need someone to give you that sense of 'I'm here to help.' I felt like part of their family.”
Andrea Cassell - Wichita, KS

Cookbooks for the Holidays

Needing cookbooks for the Holidays? Our staff is ready to assist you with all your questions. 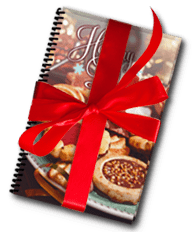